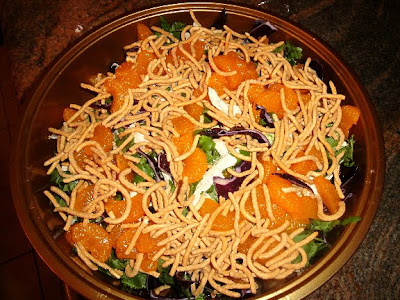 Anyone who knows me well knows that I have never been a huge fan of Chinese food. It’s alright and I will eat it if it’s there, but I favor other cuisines. The exception: this salad, a mix of chinese and new american flavors. It is crunchy, tangy, and incredibly fresh tasting (thanks to the cilantro!) I came up with this recipe after seeing it made several different ways in a few cookbooks that I have. Sometimes I make my own dressing but to keep it simple this time I just opted to use the Newman’s Own Low-Fat Seasame Ginger Salad Dressing. Boy, was I glad I did – the flavors were amazing!

I recently made this salad for the barbecue that I spoke about in my berry strata posting. I was really surprised at the overwhelmingly positive response I got from everyone! After one nameless individual who is normally a vegan unabashedly proclaimed that it was the best salad she had ever tasted, I knew it would be worthy a Fairytale Feast posting. 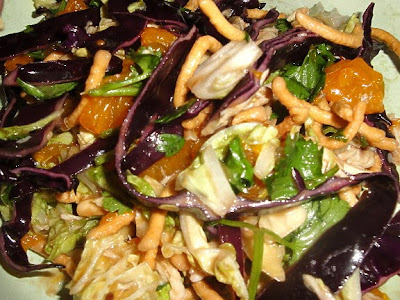 DIANA’S CHINESE CHICKEN SLAW SALAD
Serves 6 (maybe more, depending on how hungry you are!) 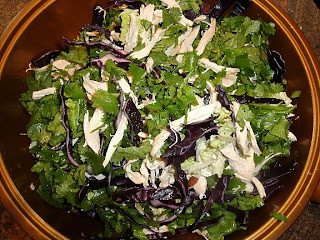 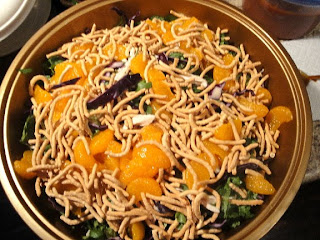