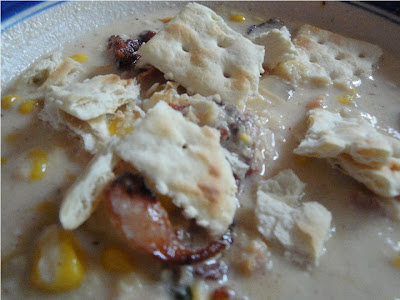 The harvest moon has arrived and the crispness of autumn has graced the air, bringing with it a cool chill that makes you want to wrap yourself in a blanket and hold a steaming cup of hot chocolate or a nice bowl of thick and flavorful soup.
But with the arrival of the cold weather will come your body’s constant but natural yearning to consume heartier meals, such as heavy cream-based soups. There are ways to indulge in your favorite creamy soup without consuming excess amounts of calories or fat.  Instead of using heavy cream or full fat milk and butter, you can often use reduced fat milk or a combination of the two.  Another amazing trick which I utilize often is to puree the vegetables so that the soup is thick and creamy but without any added fat.
Here is simple recipe for shrimp and corn chowder with bacon. I adopted this recipe from one found in a Cooking Light book. This is a good go-to weekday recipe because it’s simple and fast. The recipe calls for bacon but if you buy the thick center cut, this is the healthiest slice of bacon and the most flavorful. Plus a little bit will go a long way in this dish.
Fairytale Corn and Shrimp Chowder with Bacon 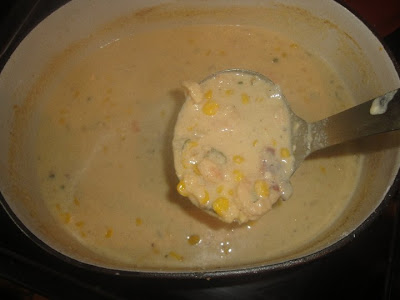 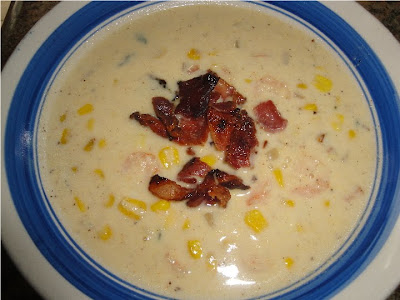