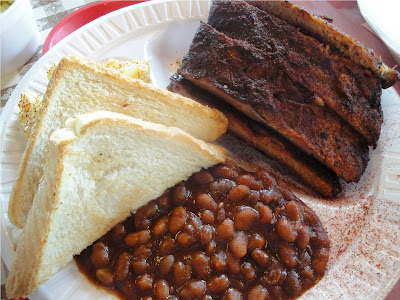 Barbecue, noun: 1. Commonly referred to as a grill, a barbecue is generally a brazier fitted with a grill and sometimes a spit. The brazier can range anywhere from a simple firebowl, which uses hot coals as heat, to an elaborate electric barbecue. 2. Food (usually meat) that has been cooked using a barbecue method. 3. A term used in the United States for an informal style of outdoor entertaining where barbecued food is served.


Barbecue, verb: A method of cooking by which meat, poultry or fish (either whole or in pieces) or other food is covered slowly cooked in a pit or on a spit, using hot coals or hardwood as a heat source. The food is basted, usually with a highly seasoned sauce, to keep it moist.


~ Except from “The Deluxe Food Lover’s Companion,” 2009, Barron’s Educational Series.

I’ve always had a special place in my heart for barbecue.  There’s something about the smell and taste of a sweet sauce that conjures up memories of long, steamy days of summer that makes me feel warm and fuzzy inside – kinda like how you feel when watching a Country Time Lemonade commercial. The smell of barbecue also brings me back to my days as a proud employee of Danny Meyer’s upscale New York City barbecue joint, Blue Smoke/Jazz Standard.

During my recent visit to Nashville, I made it a point to boldly go for lunch where we have never been in all the years we have been there to taste of the best BBQ Nashville has to offer: Neely’s BBQ.  In 1988, the first Neelys BBQ was opened in Memphis by the four Neelys brothers: Gaelin, Tony, Mark and Patrick. As a result of bustling business, the brothers expanded their BBQ empire and Pat’s wife, Gina, came on board in 1992. Naturally, I was ecstatic to learn that not only do the Neelys have BBQ restaurants in Memphis, but they also have two in Nashville.

In 2008, “Down Home with the Neelys” premiered on the Food Network, breaking records to become the highest rated Food Network series debut. It still remains one of the Food Network’s top shows. Everyday I rush home from work so that I will make it just in time for the 5:30 showing of “Down Home with the Neelys” on the Food Network. There is something so intriguing about Pat and Gina Neely, who are obviously very much in love with each other and barbecue.  Their vivacious energy and enthusiasm for their food is so fascinating to watch that it even makes me jealous at times. It’s evident to anyone who has seen the show how these two are in adoration of each other in the kitchen. I’ll have what they’re having!!! 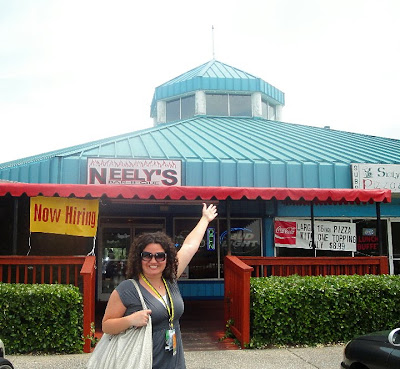 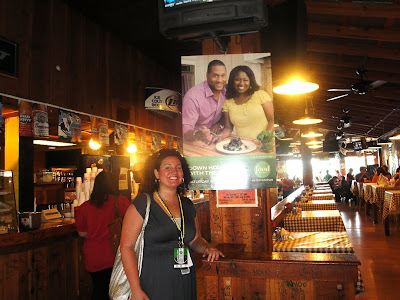 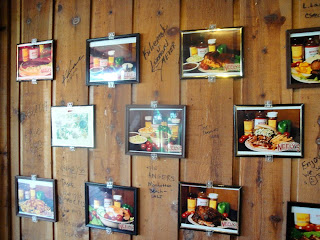 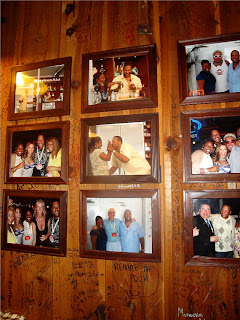 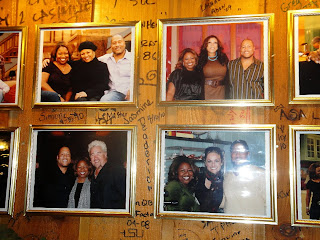 The walls of Neelys BBQ are adorned with hundreds of photos Neelys barbecue products and food, famous foodies and celebrity chefs who have visited. I was excited to see a picture of Guy Fieri and of Giada DiLaurentis, two of my favorite Food Network stars. If they’ve eaten here, I thought, the BBQ really must be good!
One of the best parts of my dining experience at Neelys BBQ was that all of the people behind the counter were the nicest servers I have ever encountered in my life. Yes, this is a bold statement I can comfortably make. It was mid-week lunchtime and there was a long line behind me of guys in suits waiting to get their BBQ fill.  Since this was my first time there, I had a million questions for the lady taking my order and I did hold up the line a little bit. I didn’t know what to expect and wondered if they were going to yell at me. (I did get yelled at for asking a question about hot peppers at Pat’s in Philadelphia once. You have to keep the line moving!!!) But this was the south. Either these people have a longer lunch hour or they’re just patient.  The server happily and patiently answered all of my questions and even recommended some of her own personal favorites.
I decided to order the BBQ Chicken Dinner – a half chicken slow roasted over hickory wood and glazed with the Neely’s mild BBQ Sauce. It had a really intense smokey flavor and was out of this world. The dinner platters were served with two sides so I enlisted the help of the Neelys employees in deciding which was the best side to get. They recommended the potato salad, hands down. They weren’t mistaken, the potato salad was very fresh and tasty. The chunks of potatoes were large and soaked up just enough of the creamy mayo.  I also went with the baked beans, which were delicious and I think a southern barbecue staple. 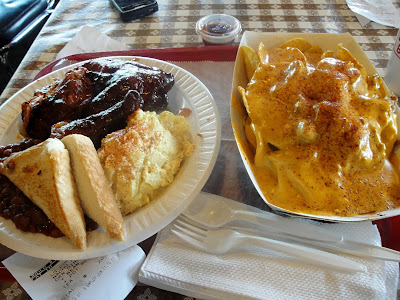 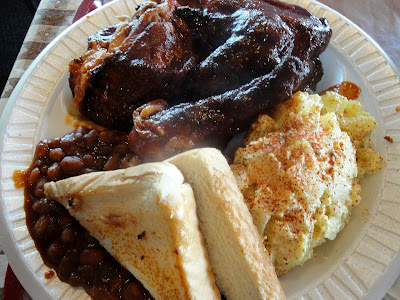 Intrigued by the notion of BBQ nachos, we sampled these as well. They looked somewhat like the old school tortilla chips and cheeze whiz from a can that you would get at a high school sporting event but they were surprisingly fresh tasting and really great.  The pulled pork hiding under the cheeze whiz was tender and not overly fatty. Warning: fork and napkin required. 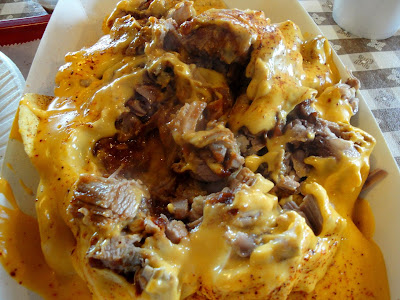 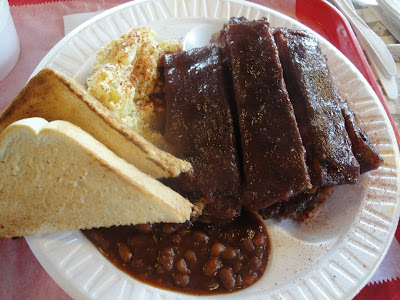 The ribs were phenomenal and fell right off of the bone. These are available wet or dry and there are three different kinds of barbecue sauce available at the counter for you to dip them in. I personally loved the original sauce – a little sweet and not too tangy, just the way a barbecue sauce should be.
The macaroni and cheese was similar in taste to the BBQ nachos, but definitely not my favorite bite of the day. But it’s not the fault of the Neelys. I didn’t care for the macaroni and cheese anywhere in Nashville.  I learned on this recent trip that I prefer French style macaroni and cheese, baked to a crisp engulfed in layers of gruyere and fontina, rather than the old school southern style. 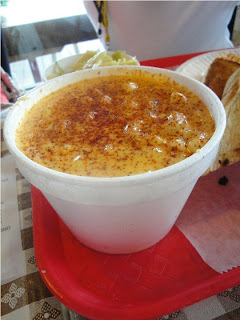 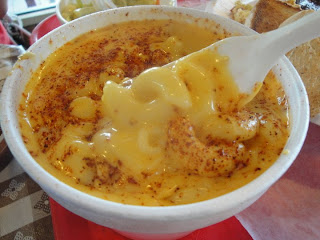 The ONLY “vegetable” on the menu at the Neely’s BBQ was the coleslaw. I was a little bit surprised and disappointed about this considering Gina is constantly raving about how much she loves collard greens and the romantic twosome are always whipping up enticing salad concoctions. The coleslaw was tasty and fresh, but I shuddered at the thought of how much sugar must be in it. But let’s be honest, we obviously weren’t here to have a healthy lunch. 🙂 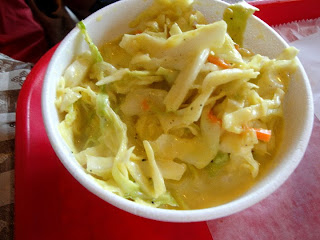 The Neelys menu also featured BBQ wings, which apparently were amazing and out of this world! (I don’t eat wings but I trust the reputation of these wings enough to recommend them!) 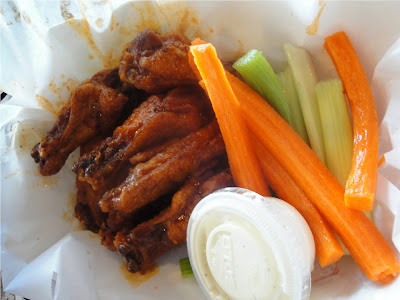 Finally, we had to finish off the meal with a sampling of a Neely dessert: the peach cobbler. I always love to watch Pat and Gina make desserts on their show and was really excited about having the chance to try a bite of one of their cobblers. The Peach Cobbler at Neely’s BBQ was sinfully light and scrumptious. A scoop of ice cream would have been the icing on my cobbler, but I was still happy with it as is! 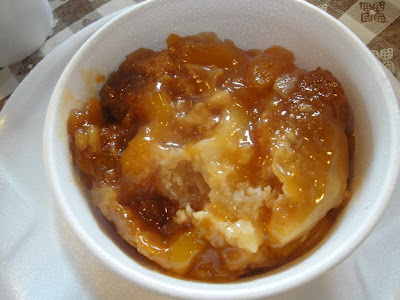 Lastly, as if my experience at Neelys BBQ wasn’t exciting or authentic enough, I was absolutely thrilled when  some of the servers took me in the back to see the electric fire pit in person, the powerhouse of the restaurant.  I almost died when I saw it – I literally almost fainted when the doors opened and a plume of BBQ smoke came at me.  (I did have to shower several times to rid myself of the smell of the bbq pit.  Ladies, do not expect to get close to your man after a trip to this place.) But it was well worth it and I will never forget this experience!!! 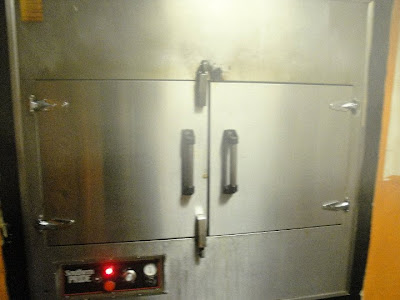 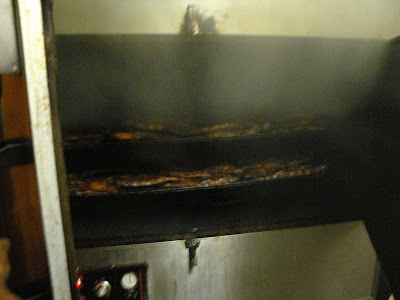 To all of the staff at Neelys BBQ, thanks for showing us “Yankee girls” an amazing time and serving us out of this world authentic southern BBQ! Love love loved it!