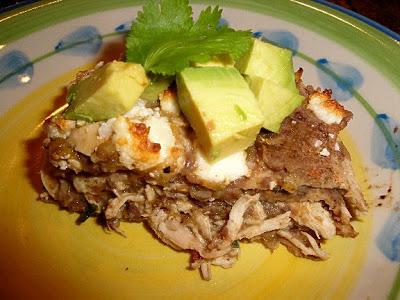 Here are a two more recipes to get your Cinco de Mayo celebration started this week! I love these recipes because they are healthful and delicious and not your typical taco feast! I hope you like them too! 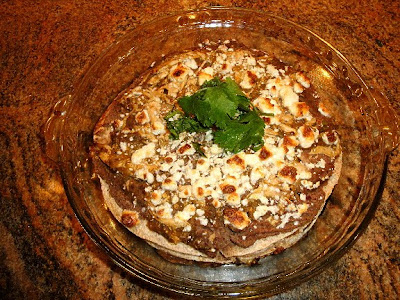 Preheat the oven to 450 degrees.

To make the black bean dip: Combine black beans, red onion, orange juice, olive oil, cilantro, garlic, salt and pepper, and the juice of one lime in a bowl. Puree in a blender until smooth. Put to the side.

To assemble the tortilla pie: Coat a 9 inch round baking dish with cooking spray. Spread 1/4 of the black bean mixture onto a tortilla. Top with 1/4 of the chicken mixture. Sprinkle some of the cotija cheese on top. Repeat 3 more times. Squirt some lime juice on top. 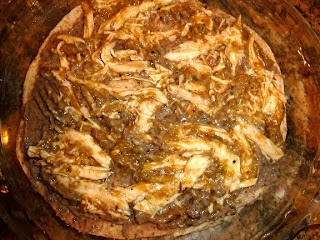 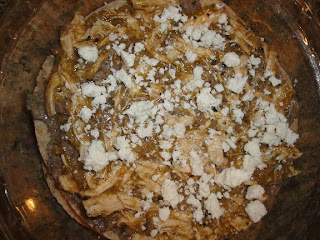 Bake in oven about 20 minutes, until top is nice and brown and crunchy. Remove from oven and garnish with cilantro. Optional: Place some diced avocado slices on top and a slice of lime on the side. Serve immediately. 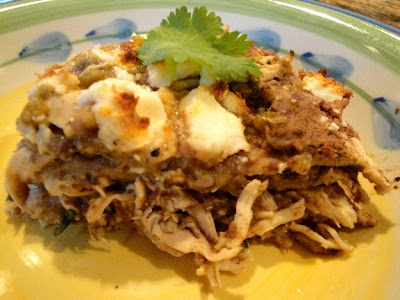 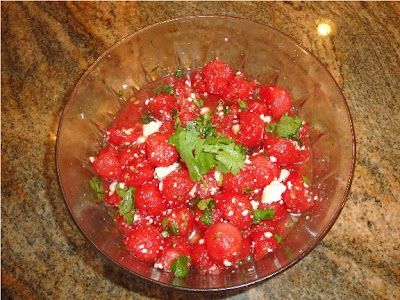 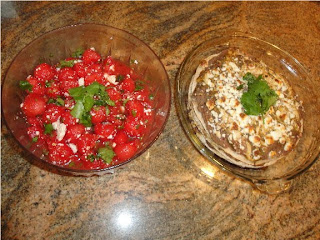 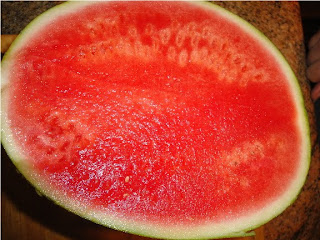 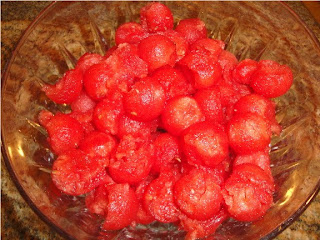 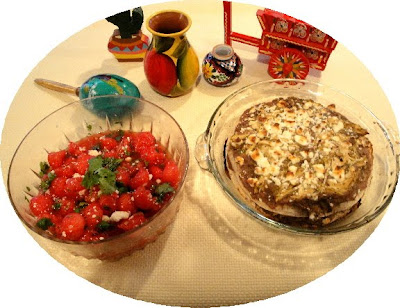 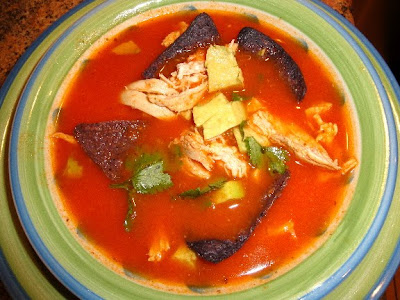 Cinco de Mayo, Spanish for the “Fifth of May” is this Wednesday! Cinco de Mayo is celebrated in the Mexican state of Puebla because it marks the day when the Mexican army triumped over the French in the Battle of Puebla in 1862. It actually has limited significance in Mexico but is commonly celebrated in the United States and the throughout the world to honor Mexican culture. So what will you be cooking or drinking to celebrate?

One of my favorite Mexican dishes is simple: chicken tortilla soup. This soup tastes as good as it looks! Plus it’s a very flavorful and healthful dish that is really easy to make. You start off by pureeing tomatoes, peppers, garlic and sauteed onions in a blender. (I don’t have a food processer. My blender works just fine for this dish!) Then just cook the chicken in the broth. And when you are ready to serve, garnish with your favorite ingredients.

I used a chipotle chile pepper canned in adobo sauce to spice up my soup.  A chipotle chile pepper is actually a dried, smoked jalapeño. It has wrinkled dark brown skin and a smokey sweet and almost chocolate-like flavor. Chipotle chili peppers are commonly found dried, pickled and canned in Adobo sauce. Adobo sauce is a dark red sauce or paste made from ground chiles, herbs and vinegar.  Most grocery stores carry canned chipotles.  I found mine in the specialty Mexican section of Wegmans.  (I also used this sauce in my Renaissance White Chicken Chili.)  If you cannot find chipotle peppers canned in adobe sauce, feel free to substitute a chopped and seeded jalepeno.  Jalepeno peppers, named after Jalapa, the capital of Veracruz, Mexico, is a smooth dark green pepper that ranges from hot to very hot. These peppers are scarlet red when ripe (hence, the red chili icon from Chili’s!)

WARNING: For those of you who have never worked with hot peppers before, take heed: BE SURE TO THOROUGHLY WASH YOUR HANDS after touching any of these peppers, ESPECIALLY THE SEEDS OF THE JALEPENO!!! NEVER TOUCH YOUR EYES OR FACE WHEN WORKING WITH HOT PEPPERS! 🙂

I also used some cotija cheese to add another layer of flavor to this dish. Cotija is a Mexican cheese named after Cotija de la Paz, a town in the state of Michoacan. (It is pronounced koh TEE ha.)  It is a salty cheese similar to the Greek feta cheese. It can be made from cow’s or goat’s milk and can be semisoft to very hard. This cheese is optional – I didn’t use it when I was really trying to count my calories. But a little crumble of this cheese goes a long way! 🙂 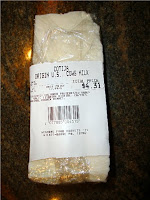 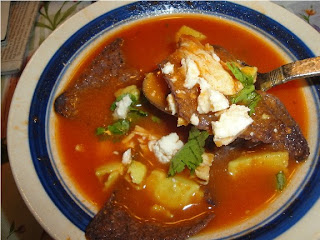 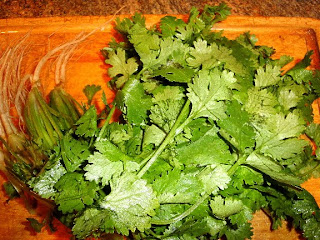 Sauté the onion and garlic in a large soup pot. When the onions are translucent, add them to a blender with the can of whole tomatoes and chipotle pepper. Add 1 teaspoon of Adobo sauce. Puree. 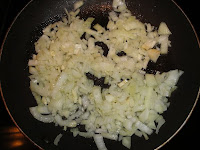 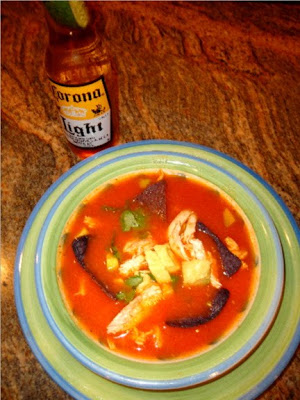 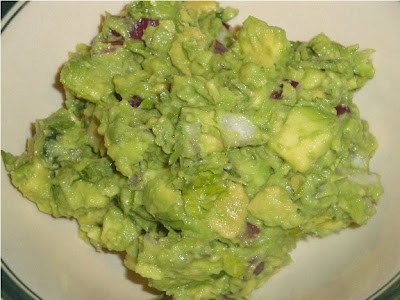 Guacamole, one of the most beloved Mexican specialties and a common dish in the United States, is probably the easiest treat you can whip up for yourself this Cinco de Mayo. It is easy to find a pre-packaged guacamole in your local grocery store but it’s easily made from scratch by mixing avocado mixed with lemon or lime juice and other seasonings. It can be used as a dip, sauce, topping or a side dish.  Once you make fresh guacamole yourself, you will never go back to that processed guacamole laden with chemical preservatives – I PROMISE!

The star of guacamole is the avocado.  You want to make sure that you use ripe avocados when making guacamole so that they will mash easily.  You want them to be a dark green color and firm to the touch but not too firm or hard.  (To speed the ripening process, you can place them in a paper bag for a few days at room temperature.)  In case you have never worked with avocados before, note that when you cut them open they discolor quickly. To prevent this, we use citrus juice. Avocados are rarely cooked (even on Iron Chef America they were left at room temperature!) because cooking avocados longer than a few minutes causes them to lose their flavor and they turn bitter.

I used to use lime juice in my guacamole but switched over to lemon juice and I am really glad that I did! Eva Longoria, my favorite “desperate housewife,” said the secret to the best guacamole is to use lemon juice. And not only is Eva Longoria a successful Mexican actress, but she also owns her own restaurant, Beso. She was right. The lemon juice REALLY makes a difference!

Here is my recipe for a chunky guacamole. I don’t add tomatoes because I don’t want other ingredients to outshine the flavor of the avocado or cilantro- my two fav Mexican ingredients! 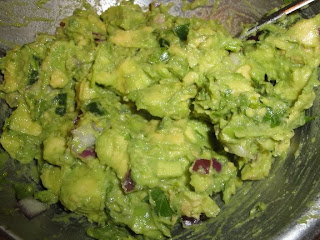 Using a fork, mash the avocados into big chunks. Mix in onion, jalepeno, cilantro, and garlic.  Drizzle with the juice of one lemon. Season with salt and pepper to taste.