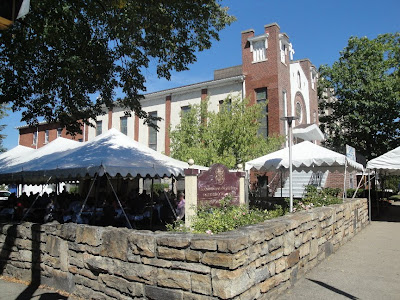 Today marked the opening of one of the most beloved ethnic festivals in Northeastern Pennsylvania, the annual Greek Food Festival. Originally scheduled to take place in June, the Annunciation Greek Orthodox Church postponed their Greek Festival until September this year in accordance with the arrival of a new parish leader. The Festival is the sole fundraiser for the parish made up of a mere 100 families who obviously work tirelessly throughout the year to make these event the tremendous and tasty success that it is. Proceeds from the fundraiser will pay for about 90% of the parish’s operating costs for the year.
I had no complaints about the postponement of the Festival, as I am normally on vacation during June and have regretfully missed the event every year. This year, I was thrilled to have the opportunity to visit the Greek Food Festival for the first time. Since my sister lives in Astoria Queens, where there is a Greek restaurant on every corner, I am no stranger to Greek food and was really excited to have the opportunity to sample some of these authentic delicacies right here in Scranton. I am happy to say that the Festival definitely lived up to the all the hype. 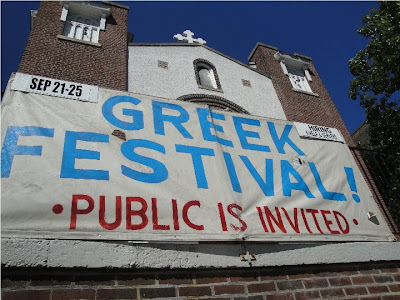 The setup of the Festival itself appeared to be extremely smart and sufficient, with food being served in the first floor of the church cafeteria style. A pleasant woman greeted us at the door and handed each person a tray, directing us to proceed to the counters full of Greek pastries. It was a food lover’s heaven.  There was a separate line for those individuals placing take out orders. (I had heard that the line can wrap around the block, but after trying the food, I can honestly say its well worth the wait.)

Tables and chairs are set up outside on the church lawn, where Festival goers can enjoy listening to Greek music while they feast on their favorite foods. 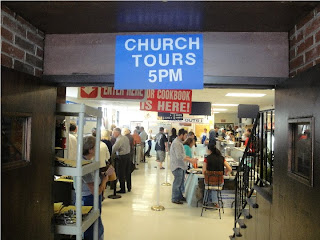 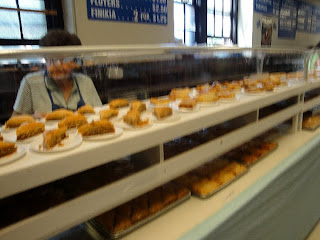 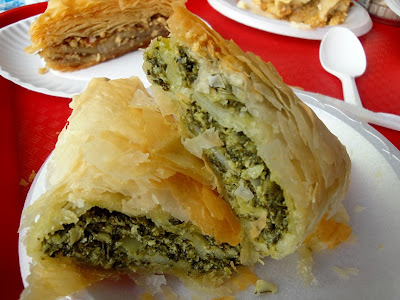 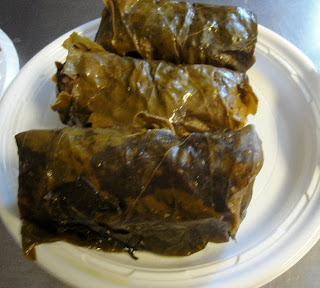 The Pastichio is like a Greek lasagna. Macaraoni and seasoned beef layered with bechamel sauce and baked in the oven.  I have been dying to try Pastichio since Ina Garten made this dish as a surprise romantic dinner for her husband Jeffrey on her show the Barefoot Contessa. He was delighted to sample it and so was I. 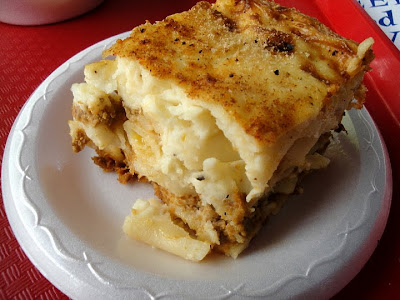 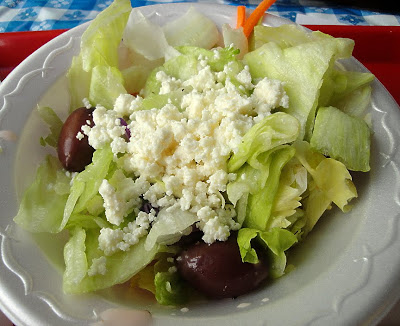 Pictured below are Greek side dishes Manestra, which is orzo simmered in a lightly seasoned tomato sauce, and seasoned oven roasted potatoes. 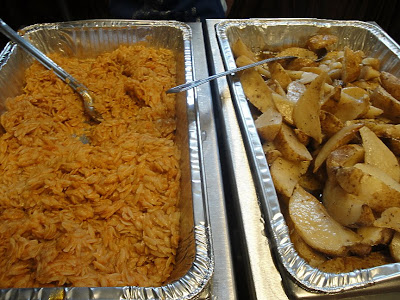 The Gyro with Tzatziki sauce was absolutely delicious and one of the best I’ve ever had in my lifetime. The thick slabs of meat were tender and juicy. The pita was warm, light but thick and fresh. The tzatziki sauce was runny and delicious. 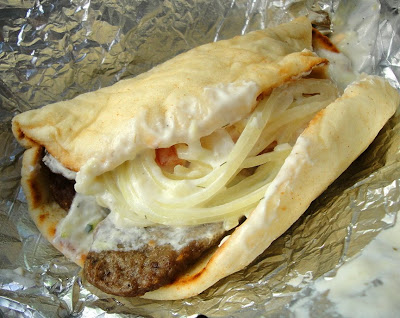 There are a plethora of Greek desserts available at the Festival.  I went for the classic choice and enjoyed every morsel of it: the Baklava,  flaky filo dough wrapped around walnuts, spices and a honey syrup. 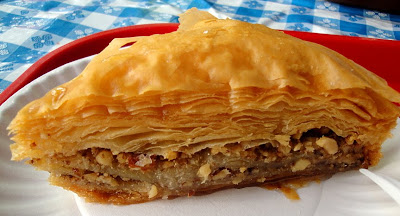 The Galaktobouriko is another fillo baked pastry filled with custard and drizzled with a special syrup. 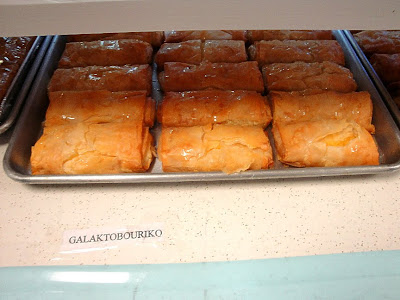 Another Greek favorites include Kataifi, with a filling similar to Baklava but a shredded wheat appearance on the outside and Kourambiedes, butter cookies topped with confectioners sugar and Floyeres, baklava rolled layers of fillo with walnuts and spices. It is baked and laced with syrup. 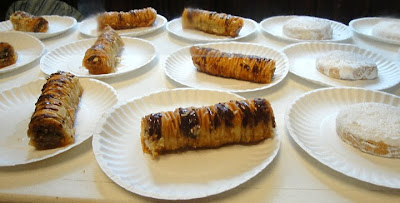 The photos above are just a sampling of the foods available at the Greek Food Festival.  Moussaka, baked fish and lamb shanks and other Greek favorites are all on the menu! The only thing that I missed at this Festival was Avgolemono, the Greek lemon chicken soup.  (Maybe next year? :-))

Can’t get enough of the food at the Greek Food Festival? Don’t forget to stock up on your Mediterranean essential items before you leave: olive oil, feta cheese and fillo dough are all available.  And if you can’t wait until next year to sample real authentic Greek food, a Cookbook is available for purchase so you can try the recipes at home. 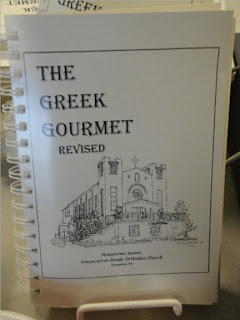