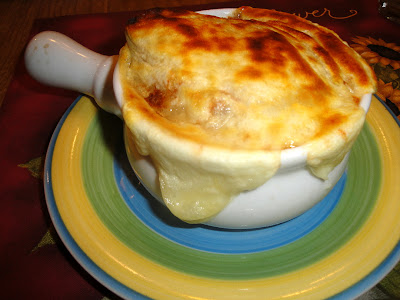 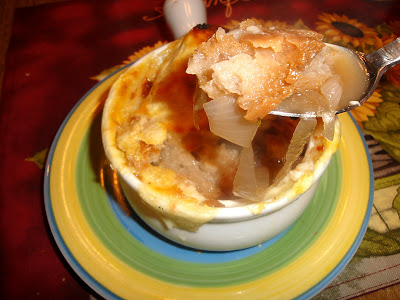 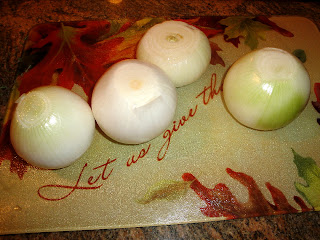 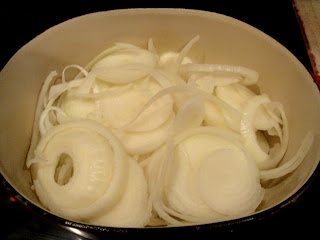 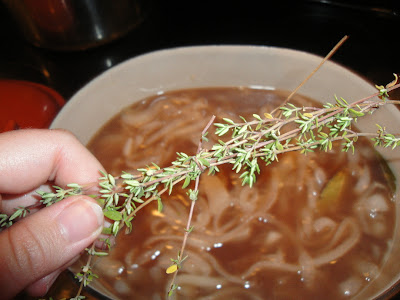 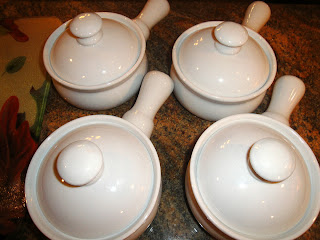 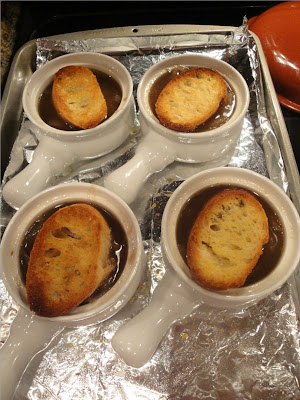 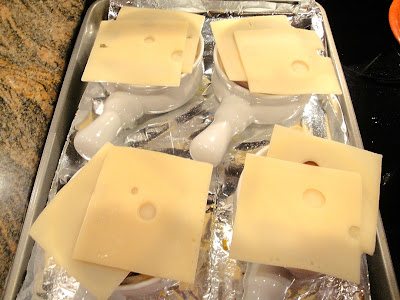 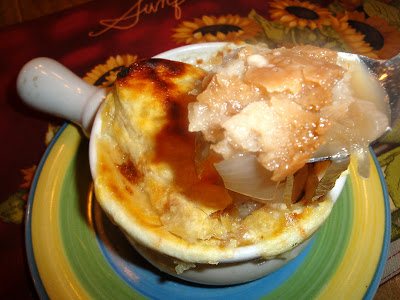 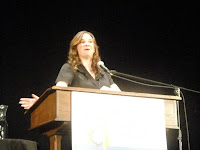 I recently had the opportunity to attend a lecture by Julie Powell, author of the bestselling book Julie and Julia, which chronicles her experience as a blogger attempting to cook her way through Julia Child’s Mastering the Art of French Cooking. 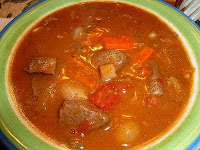 Powell’s book was famously made into the movie Julie and Julia, produced by famed women’s writer Nora Ephron. It earned Meryl Streep an Oscar nod for best actress for her portrayal of Julia Child. Julie Powell was portrayed by Amy Adams. (See my posting for Julia Child’s Beef Bourgninon.)

Julie Powell was very vivacious in person.  She spoke very poignantly about her experience as one of the first well known bloggers and detailed the trials and tribulations of turning her beloved blog into a book.  She was very down to earth, honest, and humble. She was also hilarious!

Powell appeared pretty pleased with the way in which Amy Adams portrayed her in the movie. She also praised Meryl Streep’s accurate portrayal of the effervescient Julia Child. “Meryl Streep recognized Julia Child was a feminist in her own right,” said Julie. “She was not a slave in the kitchen, she was in the kitchen because she wanted to be.”  (After all, isn’t that what the feminist movement was all about? Giving women the power to chose what they would like to do with their lives?) The pioneer side of Julia Child, a major theme in the movie, is one of the things that makes her so loveable and admirable.

Powell also stated that the scene in which she is seen uncomfortably gnawing on a breadstick over brunch with her judgmental group of “friends”  never happened. “I have great friends,” Powell said, pointing out that the scene was signature of Nora Ephron. “My friends are nice!”

What really did happen was Powell’s letdown after learning that the most influential person in her career really didn’t like her: Julia Child.  In the movie, a tearful Amy Adams learns that Julia Child does not like her because she felt that her language was distasteful and her blog turned French cooking into a joke.  Powell gracefully acknowledged this point in her lecture but cleverly and wisely shared the lesson she learned from the experience: the only person you have to answer to at the end of the day is yourself. The only critic that really matters is you. You have to live with the choices you make in life and the path you take.  Powell knew that her admiration for Julia Child was sincere, as were her intentions for blogging about cooking her way through Child’s “Mastering the Art of French Cooking.”  And while Julia Child may not have fully understood Powell’s methods, Powell undoubtedly is responsible for introducing the legend that is Julia Child to a whole new generation of food lovers.

Powell spoke about her experience interning at a butcher shop in upstate New York, the premise and setting for her most recent book, Cleaving.  Much of the buzz about her new book, however, hasn’t been focused on her meat cutting skills but rather on the book’s candid account of Powell’s romantic affair and the subsequent unraveling of her relationship with her husband.  She spoke about how her marriage was portrayed about as perfect in Julia and Julia and that everyone she met loved her perfect, supportive husband.  In reality, Powell said, no one is perfect but a real marriage is one that takes work and requires love and forgiveness.  (In the end, that hard work combined with true love, conquered all and Powell’s marriage survived.)  Powell also pointed out the difficulty of writing about family and friends in her life, stating “As a writer, you have an obligation to be truthful while preserving the integrity of the people in your life.”

One of her most inspiring, and perhaps understated, message from Powell’s lecture came as a response to a question from a young twenty-somthing student who wanted advice on how to figure out what to do with her life.   Powell explained that she really just followed her heart and did what she wanted to do, even other people criticized her or thought she was crazy.  Her drive and relentless spirit is another similarity that Powell has with Child. “You have to see what really works for you,” said Powell. “Listen to your true voice.” 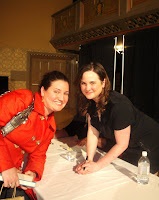 Thank you to the Lackawanna Public Library for bringing Julie Powell to Scranton!