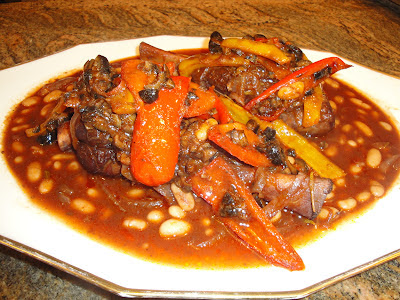 A snow storm is supposedly coming our way this weekend, which means it’s the perfect time to break out your slow cooker and make something hearty and comforting! I never thought I’d say this, but I actually miss Nor’Easters.  Mother Nature needs to decide if it’s going to be beautiful and hot, or cold and snowy – instead of just RAINY AND COLD. One of the best parts, for me, of being snowed in is the opportunity to make a big pot of something comforting that can be enjoyed in a bowl, under a big warm blanket while watching a movie (with a glass of wine of course). These lamb shanks are a hearty dish that most people would shy away from, but once you’ve tried them, you’ll be sold. 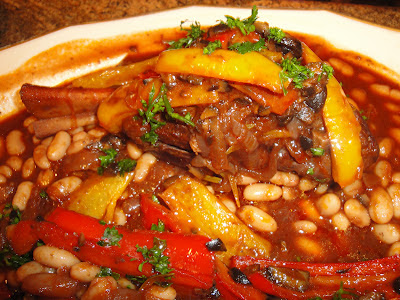 So what are lamb shanks? They’re a portion of the leg of a lamb (baby sheep – GASP), which is divided into two parts: the sirloin half and the shank half. The shank is the lower shin, and is leaner and less tender than the sirloin portion. The shank can be just as tasty as the sirloin if you take the time to cook the meat long and slow, which is where a slow cooker comes in hand.

I know that slow cookers have a huge following but I admittedly have only used mine ONCE, to make these lamb shanks. I’m too paranoid to leave the house with something plugged in, cooking all day – and when I am hope I feel like there’s no point in using a slow cooker when I can just use my dutch oven to speed up the process. (Patience is not one of my virtues.) Still, I enjoyed the final result and look forward to using it again.

Typically, I’ve enjoyed lamb shanks at Greek restaurants and the Greek festival, but I tried to put my own Italian spin on this recipe, which was inspired by the book The Italian Slow Cooker.  (My grandpa looked at this cookbook and pre-approved it before I used it – and it’s AMAZING!)  I hope you enjoy it! I added in my own garlic and peppers and onions because I love these ingredients. 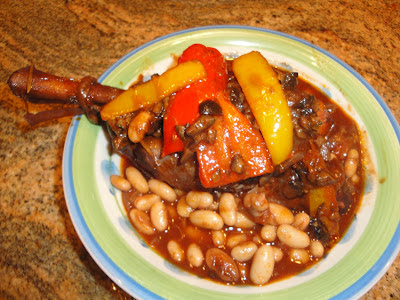 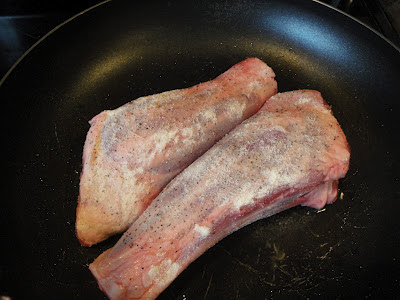 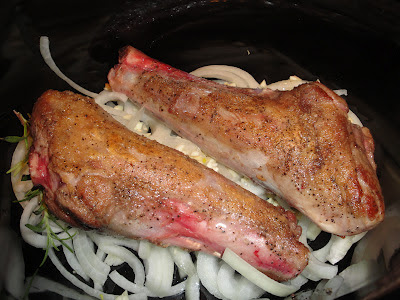 In a small saucepan or bowl, mix together the broth, wine and tomato paste. Pour the mixture over the shanks in the slow cooker pot. Add the sprigs of fresh rosemary. Cook the shanks and sauce on HIGH for 5-6 hours or until the meat falls off the bone. 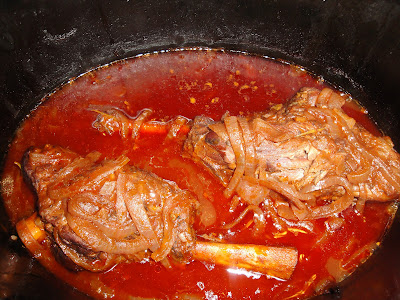 Remove the shanks and place on a platter. Cover with foil to keep warm. Add the white beans to sauce and onions in the slow cooker and heat on high for 45 minutes until they’re heated throw and tender. Meanwhile, melt the butter and remaining tablespoon of olive oil in a skillet over medium high heat. Add the sliced peppers and saute for two minutes. Add a few tablespoons of the liquid from the slow cooker and cook the peppers on medium heat for about ten more minutes, until tender. Add the olives in and cook for two more minutes. 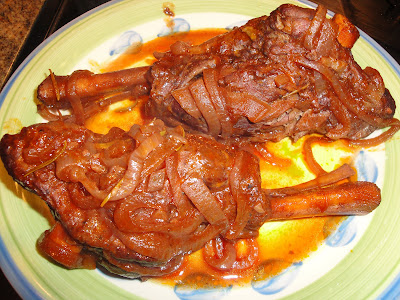 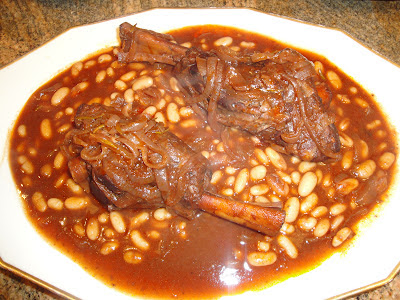 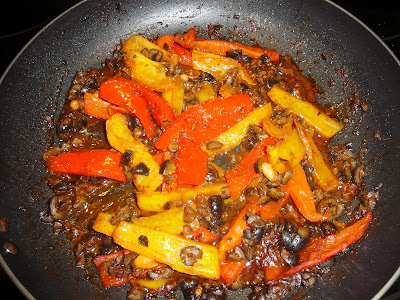 To serve: Stir half of your chopped parsley into the white bean and onion sauce in the slow cooker pot. Pour the mixture from the slow cooker pot onto a large platter. Add the lamb shanks. Top with the olive and sweet pepper mixture. Add the remaining parsley. 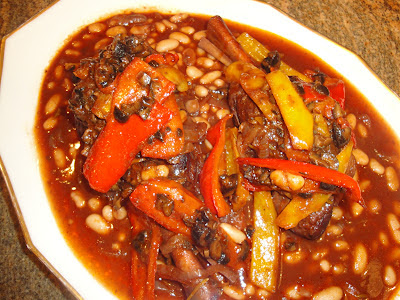 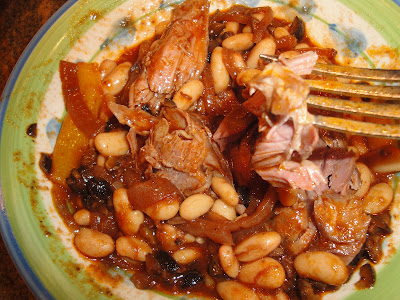 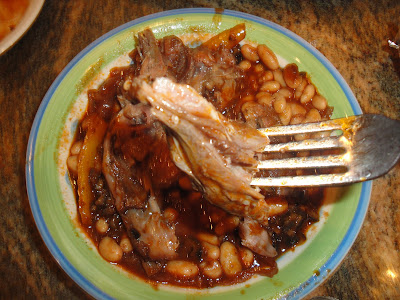